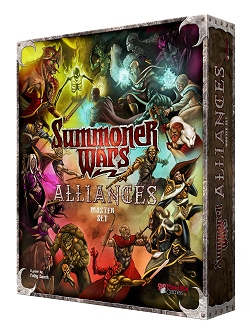 Summoner Wars is a card game played on a grid based board where the object of the game is to slay your opponent’s Summoner. It plays very much like a miniatures game crossed with Magic:The Gathering. There are tons of different factions to play and they are very solid right out of the box. With the recent addition of second summoners and the reinforcement expansion packs, the variety and replay value is enormous. Summoner Wars has quickly become my favorite game to play on both the IOS as well as the physical copy. (Over 2000 games played on the IOS alone). If you are looking for a great two player game that features tactical game play with a little bit of dice rolling, check it out!